The Ghost Ballerina and Me 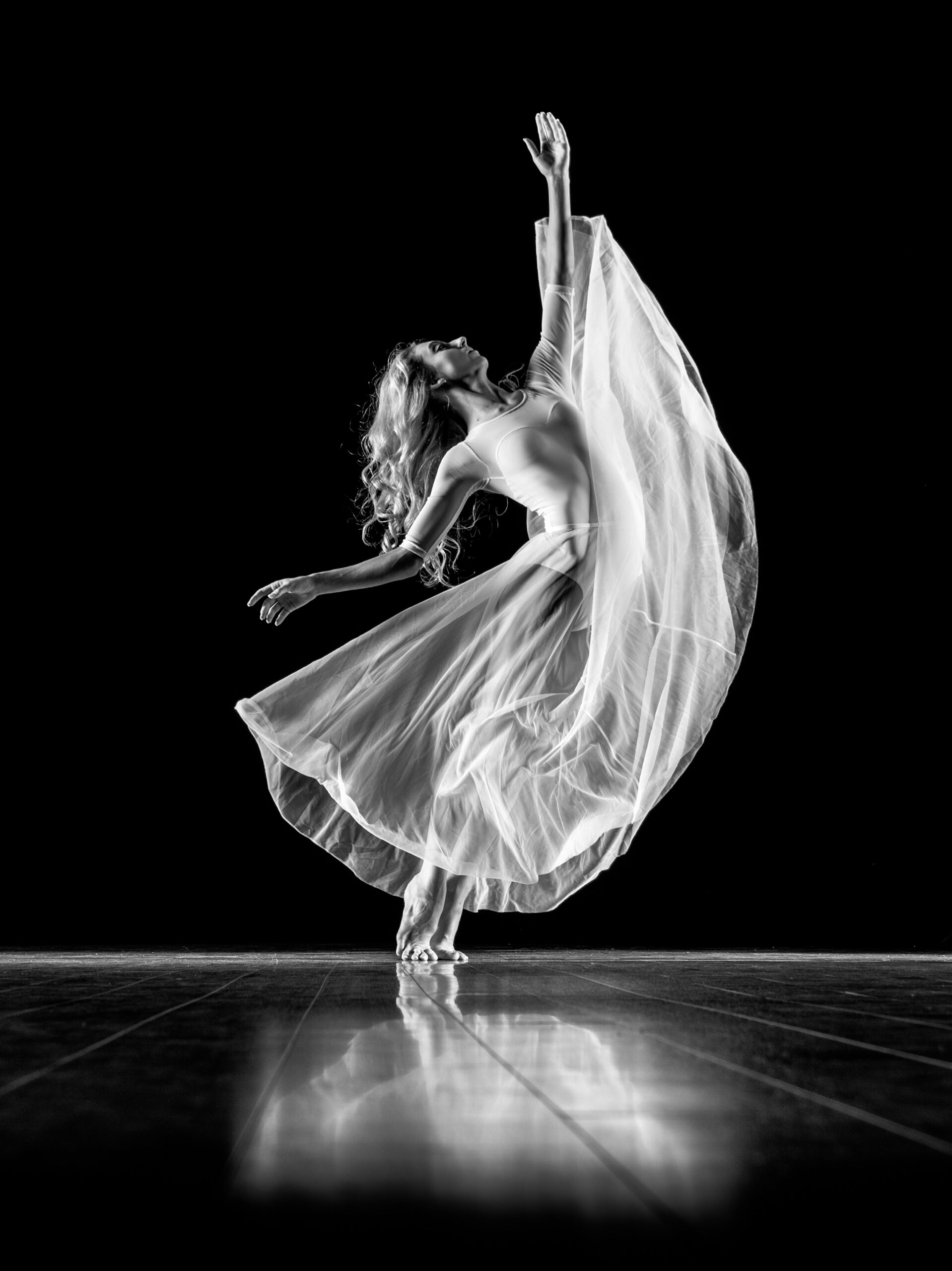 Many years ago, during a very difficult season, I began to confide in my friend Suzy, a brilliant child psychologist at the elementary school where I worked. Suzy was outside all of my regular circles: She lived in another town, she attended a church I’d never heard of, and the few friends we had in common were just workplace acquaintances. All of this—plus the kind and confidential nature of her profession—made her a safe person to talk to. My life felt very complicated at the time, and discretion was important to me.

Suzy was unfailingly kind and discreet, but in the beginning, I felt let down by our discussions. I wanted to talk about managing my life—which, if I’m being honest, meant managing other people. But my wise friend wanted to talk about me, and I didn’t see this as productive. It felt corrective, and I was in no mood to absorb blame. I reminded her that in this case, I wasn’t the malfunctioning part of my life; I was the affected part of the equation. Those who are hurt by the fallout of others’ actions should be protected; therefore, the harmful actions of others must stop. Suzy agreed; harm must stop. I grabbed on to that thought and made it my sole focus: Stop bad things. After that, I figured, I would naturally overcome the emotional damage the same way a body repairs a basic flesh wound: As long as a wound is protected from re-injury and infection, the flesh should heal up. Pretty simple. I didn’t want to think of emotional healing as significantly different.

With my whole “control my life/stop bad things” obsession, what I really wanted from Suzy was a professional bag of tricks. I was sure if I could describe an opponent’s every move, Suzy could teach me all the best counter moves. I wanted to be Grasshopper and Mister Miyagi—she would be my master of the mental martial arts and teach me how to armor myself, deflect a blow, turn a conflict to my own advantage. I was determined to become a bad-thing-stopping warrior. I would thereby claim Zen and fearlessness and peace—even if it killed me.

Suzy was very patient. Once I quit trying to tell her what to teach me, she was able to teach me my first important lesson:

Healing doesn’t just happen because bad things stopped. It’s more than dodging the bad. To truly heal, good things have to start. I had to focus on me, to actively interact with good things. It’s vital to stop the bad, she assured me. But to heal is to actively add health.

The idea was exhausting. I didn’t have the strength to take on a new project, even if that project was Me. It felt like all the Me had been sucked out of me, and I didn’t have the energy for the battle it would take to get Me back. In fact, I resented the whole idea. Who took Me? Shouldn’t they just give Me back?

Suzy said It is time to start valuing yourself enough to act in your own behalf, and I wanted to believe this was possible. “Start valuing myself” isn’t exactly something I could put on a to-do list, and as I (mis)understood it, “acting in my own behalf” had a cruel price. It always came at a cost to somebody else. If I didn’t sign up for the job nobody wanted, someone else would be stuck doing it. If I took the best donut, someone else would end up with the worst. Every decision in my life, large or small, had become a matter of choosing who would take the hit, and the only good answer, if I was a good person, was me. I think I always sensed that this was a flawed formula, but I had no idea how to disengage it, and I felt guilty just for wanting to. It’s taken me years to understand and apply what Suzy meant by “Healing is about starting good things.” I’m still learning.

One day after work, Suzy walked me to my car. It had been a rough week and I was feeling very low. As I unlocked my door, Suzy said there is one thing that was essential for me to remember during this time: “You must be very gentle with yourself.” I gave a sad little laugh. “I should go to a spa? Spoil myself? Spend money I don’t have to take my mind off things?”

Suzy shook her head. “No. I don’t mean that at all.” She repeated the sentence. “You must be very gentle with yourself.” I still didn’t know what that meant, but I was starting to cry.

“Gentle,” she said again. “The way you would take care of an abandoned child.”

She asked me to promise I would think about that. I promised. But it was years before I really gave it meaningful thought.

My job title at the elementary school was Basic Skills Aide. I circulated between the first-grade classrooms to help children who were behind to catch up. One day the teacher asked me to work with Anna (not her real name), a quiet girl who hid behind a curtain of dirty hair. She had two older sisters in the same school who were exact replicas of her, just slightly older. All three girls suffered from obvious neglect. Anna wore the same unwashed clothes every day. There was dirt under her overgrown fingernails. Her classmates avoided her.

Most of the class had already finished a drawing page with the title, “When I grow up, I want to be . . .” A few dozen colorful images were already displayed on the wall: fireman, airplane pilot, Disney channel TV star, pro soccer player. Anna and I sat at table at the back of the room. In the middle of her “When I grow up” page there was a shadow, about two inches tall, of something she had drawn with a pencil and then erased. I could see the ghost of a tiny ballerina.

I readied the crayons. I tried cheerfully to get eye contact. I failed. I pointed to Anna’s page.

“I see a ballerina. I like her. I think you should finish drawing her.” Anna was visibly uncomfortable. I handed her a pencil. She waited several seconds before taking it. When she spoke, it was a whisper.

I wanted to rage at whomever or whatever was crushing this little girl. All six year-olds know how to dance. Six year-olds dance just by accident. I pointed to the ballerina and said, “Well, I bet she knows how to dance.” This seemed acceptable, so Anna got to work. Her final ballerina was smiling, pink, and stood about 4 inches tall.

I was terribly curious about Anna’s home situation. Suzy knew all about it; she was involved as the school’s child psychologist. She could tell me there were active legal concerns, but of course the details were confidential. She assured me I wouldn’t want to know.

A few weeks later, because the local news got involved, I learned that Anna had possibly saved her mother’s life for the third time by calling 911 when she found the woman unconscious from overdose. The first two times, Anna was punished by her mother’s boyfriend for involving the police. This was the only glimpse inside Anna’s life I would get.

Anna and her sisters were removed from the home over Christmas break. They went to live with their aunt, who had tried for years to help their mother. Failing that, the aunt was determined to get custody of all three girls, to give them a chance to find out what they’re worth.

I wish I could say that my experience with Anna made me think about what Suzy said—to be gentle with myself, to treat myself the way I’d treat an abandoned child. But I couldn’t think about it then because it would have been like putting myself in the same category as Anna, and I was pretty sure my worst days couldn’t even hold a candle to her ordinary ones.

This may be why it’s so hard to practice compassion for ourselves: Comparing our injuries is a human default. As long as there are children like Anna, what have I got to complain about? Millions of people suffered the black plague and the slave trade and the Holocaust. How much does it really matter if I’m dealing with depression, financial setbacks, or unmet emotional needs?

I think the answer to this question has something to do with the false formula I embraced for so long. I thought that if I signed up for the crappy job and chose the bad donut and took whatever “hit” was lurking out there, I was somehow absorbing the bad for someone else and thereby preserving the good for them—but this is simply not how it works. A woman who hides in a cave does not make more sunlight available for others because she isn’t partaking herself. A woman who has cancer is not making health more available to others by being the one with cancer. A woman in a destructive relationship is not making healthy relationships more available to others because she didn’t “take” such a relationship for herself. In fact, the exact opposite is true. Good generates more good and makes more good possible for everyone around it.

So how much does it really matter if you’re dealing with depression or a broken heart or the sort of private sorrow that feels like it could suffocate you in your sleep? It’s the most important thing you will ever tend to, because your heart is the command center for everything else in your life—and you are incredibly powerful, whether you like it or not.

Your power is not the stoic ability to defer, to hide in a cave and nurse the illusion that you’re leaving more sunlight for the others. Your power is about being seen in the sunlight and being warmed by it, so others can see that enjoying and receiving the sunlight isn’t selfish—it’s healthy, and it gives permission for others to be healthy, too.

Leaving the cave, whatever that may mean to you, is one way to start good things even before bad things have stopped.

Here’s one good starting place. These are the words from a favorite (and well-circulated) meme. I don’t know the author, but I give them credit for lifting my heart.

And I want to add one more line: Decide what you will help that small child grow up to be next. No matter how old you are today, you are always becoming something, every day that you’re still alive.

So draw your ballerina. She’s not a lie. She’s real, and she’s learning how to dance.

Bloom specializes in providing online inspiration, support, and education for women who desire to move forward from the grief and trauma associated with infidelity, betrayal, and unfaithful relationships. Click here to learn more. 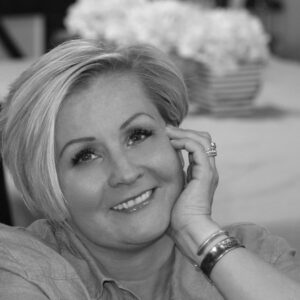 Mel Henderson has taught writing as a graduate student at Brigham Young University since 2012, and she will earn her MFA in Creative Nonfiction in 2016. Her Master’s thesis is a collection of essays entitled Animal Mothers: On the Primitive, Fierce, Humanizing Practice of Nurture. Her current projects include the memoir of an Iranian fugitive and immigrant, co-writing an independent film, and a children’s book commissioned to feature in the film. Mel lives in Provo, Utah, with her husband, children, four cats (quite by accident), and one small, socially maladjusted dog.
PREV ARTICLE NEXT ARTICLE