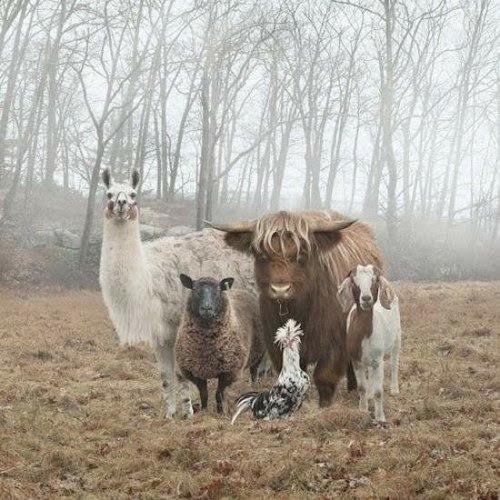 I sat across from a man – alcohol on his breath, and glassy eyes as he tried to answer my questions in slurred speech. I had worked at the detox center long enough that this scene had become commonplace.

But every day it was still hard.

Every day I would arrive and have to reacquaint myself with the unpleasant odors and grungy atmosphere. It was a place where grown men would arrive at the door so out of sorts, that any kind of behavior could be expected. It was, at times, intimidating and even a bit scary. But despite my initial timid reaction, my discomfort and fear soon dissipated as I realized – this was it for them. Coming to us meant they had hit rock bottom. We were now – in a very real sense – their family, their last hope.

There is one Swedish Proverb that says:

“Love me when I least deserve it because that is when I really need it.”

If there were ever a group of individuals who seemingly didn’t deserve love it would be this population. They were hardened people who did what it took to survive on the streets; their addictions drove them to mistreat the people who loved them most, and they sacrificed all they had for something self serving and fleeting.

But I loved this work. I loved my job so much that I referred to the homeless gentlemen as: “My Guys.” Why? One, I was protective of them, but the other reason perhaps was because no one else was claiming them, and I would.

Small acts of kindness and every day considerations can go a long way.

At detox I could see the impact of little gestures of kindness immediately. For people who are rarely regarded – if at all – receiving a smile or a genuine inquiry, even if it was as simple as asking about their day, gave them the assurance they desired: that someone else cared for them…suddenly escaping the battle of survival mode and converting back to humanity. A place of perceiving, receiving and even returning goodness and kindness.

Time and time again I saw men, who had nothing material to call their own, give a new arrival an extra blanket, or share their food, or offer consolation that they were in the right place. Compassion and kindness fueled more compassion and kindness, and these were beautiful interactions to witness.

At detox I learned to redefine what success meant: I found success at detox could mean that they were with us rather than on the streets, it meant they stayed a day longer than last time.

I learned that success meant – they were trying.

I eventually redefined what success is in all of us, it is defined by our courage to try, and keep trying. This understanding changed how I viewed “my guys” at detox, and also how I now view all people and persons from all places and backgrounds.

I have been thinking a lot about a particular client, I will call him John. John, a regular for a long time would come in and out of detox like a revolving door. The police would bring him in at night and the next morning he would check himself out. He was quiet, withdrawn, and usually in a hurry to leave. One day he was challenged to stay a little longer.

His countenance changed in a matter of a few days, and the light in his eyes that had been dimmed, suddenly, flickered back on. Perhaps it was because I saw such a distinct change in John or because John was one of very few male clients who never flirted with me in a drunken stupor. No matter the reason John was special to me.

Superficially, we didn’t have much in common.

He was in his late 40’s-early 50’s, he struggled with alcoholism, and was homeless, but regardless of how many differences between us, we developed a friendship.

John was soon selected for a program that would extend his stay. He came and went from treatment, and if time permitted he would sit and talk with me when he got home. These conversations were always pleasant and filled with expressions of gratitude. I learned about his life prior to his addiction. He had been married, he started his own business, he enjoyed fishing, and the outdoors. And he listened as I talked about aspects of my life. I noticed he was always kind to the new arriving clients. I began to genuinely wonder how he had ever found himself in this position.

One afternoon when he was returning I had just received the news that my first baby was going to be a boy. I excitedly told him, “John, I am having a boy!?”

He smiled. “That is great. I am excited for you.” He had a familiar tone that made me believe he had kids himself yet it had never come up.

“I had a son. But he was stillborn.” He said it as a matter of fact still smiling about my happy news.

I was embarrassed I had asked and I didn’t want him to notice my eyes filling with tears. He patted my back as if to say: it’s alright, as I finally managed to say the words: “I’m sorry.”

We never talked about it again. But, I often wondered if that event in his life changed the course. Veered it in a direction he never thought he would go down. It made me value how important it is to remember that everyone we meet has a back-story and has been through something that molded them.

One day at the detox center I was bringing in a new client, a man I had not seen before. He wasn’t willing to answer any of the intake questions, but was permitted to go to his bed. It didn’t take long for him to escalate and become very aggressive towards me. I began walking away apprehensively, worried that I was not around any other staff members. The belligerent man stood up and began approaching me and for a moment I felt very alone, vulnerable and frightened.

Yet I detected a sudden change in air… I looked around and noticed all “my guys” had stood up and surrounded me, ready to protect me.

I had cared for so many of them so many times, at possibly their most vulnerable state. And now they were taking care of me. I have never forgotten the feeling of unity in that moment. A tangible sense that no matter our backgrounds, the different walks of life, and an array of struggles we can all come to each other?s aid.

I recently learned that my client, John, passed away. Deeply saddened by the news because I had seen such goodness in him, I saw in him a potential perhaps he could not see in himself. I hope he knows how much he meant to me and also knows the impact he had. Working at the detox center I anticipated being able to uplift others, but I never expected to gain so much from people who seem to have so little.

“What draws people to be friends is that they see the same truth.”

If we all remember to love, to understand, and simply listen just a few minutes longer, it will become evident how common we really are. Our hopes and desires and longings are so strikingly similar; we must only see a little deeper and love a little longer to recognize it.

_________________
Bloom specializes in providing online inspiration, support, and education for women who desire to move forward from the grief and trauma associated with betrayal and unfaithful relationships. Click here to learn more. 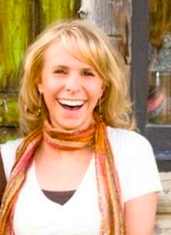 Christina Christensen got her degree in a social work field at Utah State University. She enjoys writing poetry, children's books, blogging, journaling, and is currently working on a novel. She also spends a lot of time singing and playing the piano. Christina currently lives in Bend Oregon with her husband and 3 little boys.
PREV ARTICLE NEXT ARTICLE